I’ve finally got the rev 1. versions of this development board up and running. To get more information on this board, check out the previous few blogs. The first one I put up in support of my kickstarter project describes it’s features etc… in more detail. It is going to support the MSP430F5635 MCU because this chip is very robust and great for general embedded development and has the most attractive price point of the 5x family USB MCUs. I’d like to sell these as fully built units supporting USB development. I feel like this board is enticing because it is great for general development using larger, more powerful, MSP430’s. It also supports USB, which was the driver for this design, but it can still be used as a general development platform. The problem with the other boards I found was that they were either USB development boards or general purpose. I didn’t see a solution for someone that needed to use both USB, LEDs, buttons, the USCI module, UARTs and the ADC etc… This board allows you access to all of that whether it is on board LEDs/buttons or signals/devices that you can plug into the two 30 pin headers or the 12 pin header. You can also spin a plugin card that can fit right into these expansion headers. Also, almost every pin on this 100pin MCU is broken out to these expansion headers, which allows for great access to all of the peripherals via the MSP430’s IO. I also have all of the map-able pins broken out to the expansion headers as well! 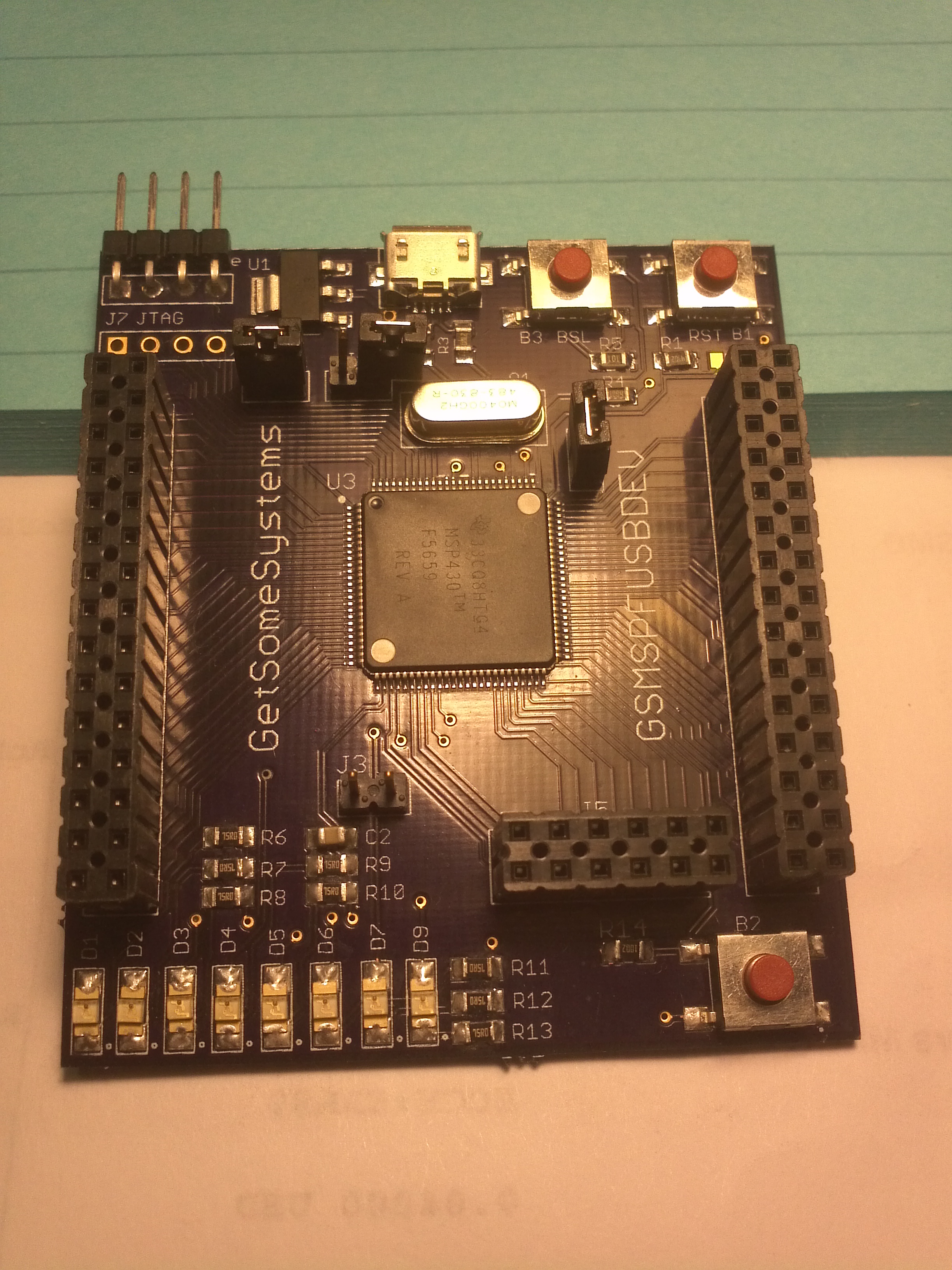 The expansion headers add up to a total of 72 pins with two 30 pin headers and the 12 pin header. Of these 72 pins, 63 of them are IO that are broken out from the MCU including the port map-able pins. This is great because the designer can choose which peripherals to map out to which pins on the headers. There are also 8 LEDs on the board as well as a push button. The USB capability is also realized on the board with a micro USB connector. This allows for boot strap loading and development of USB firmware. Because of the immense expandability of this board I feel like it would make a good “Swiss Army Knife” for other hardware/firwmare designers as well as people that need a quick embedded fix for an existing system and can’t afford an expensive, large real estate, foot print. 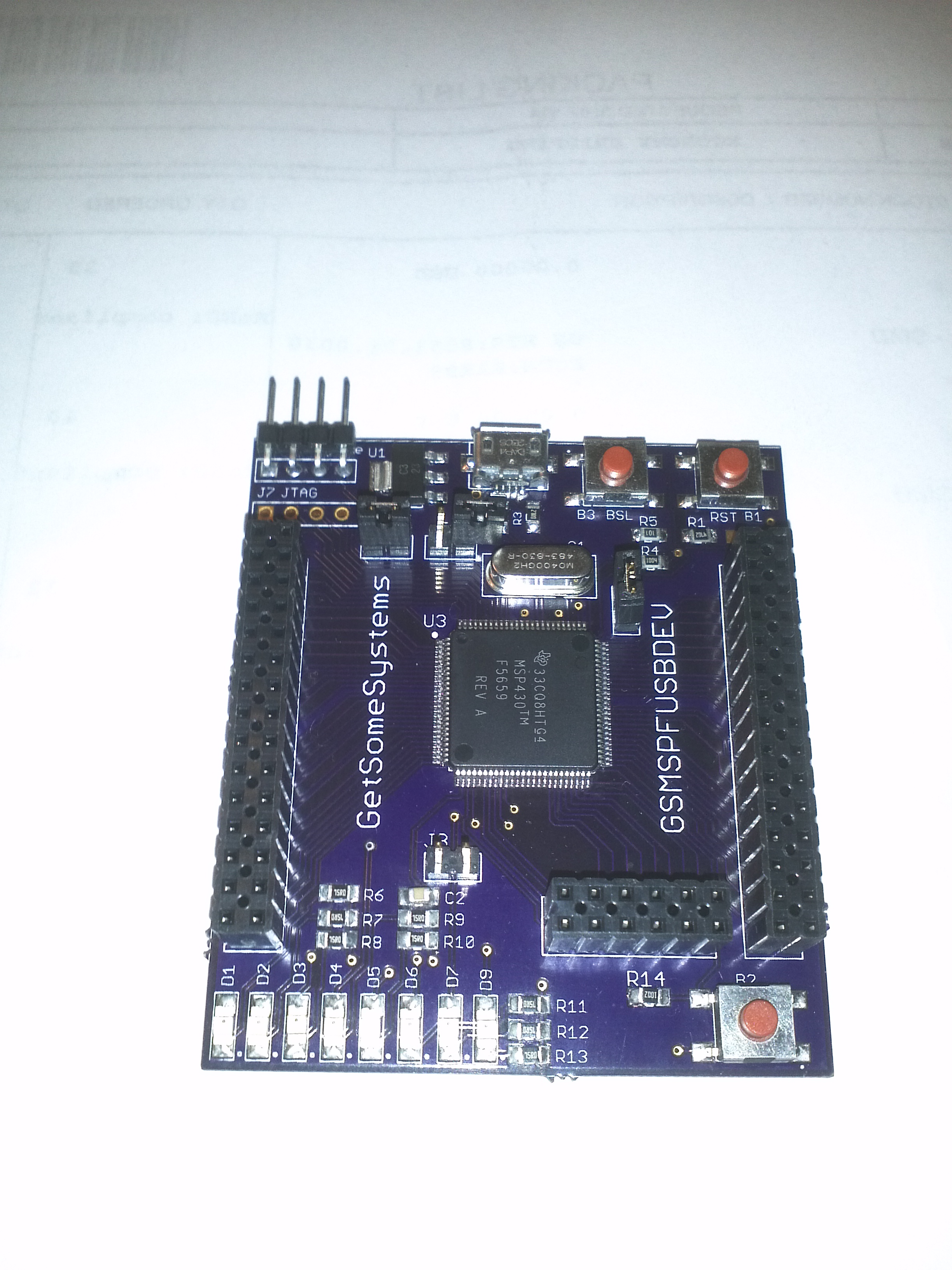 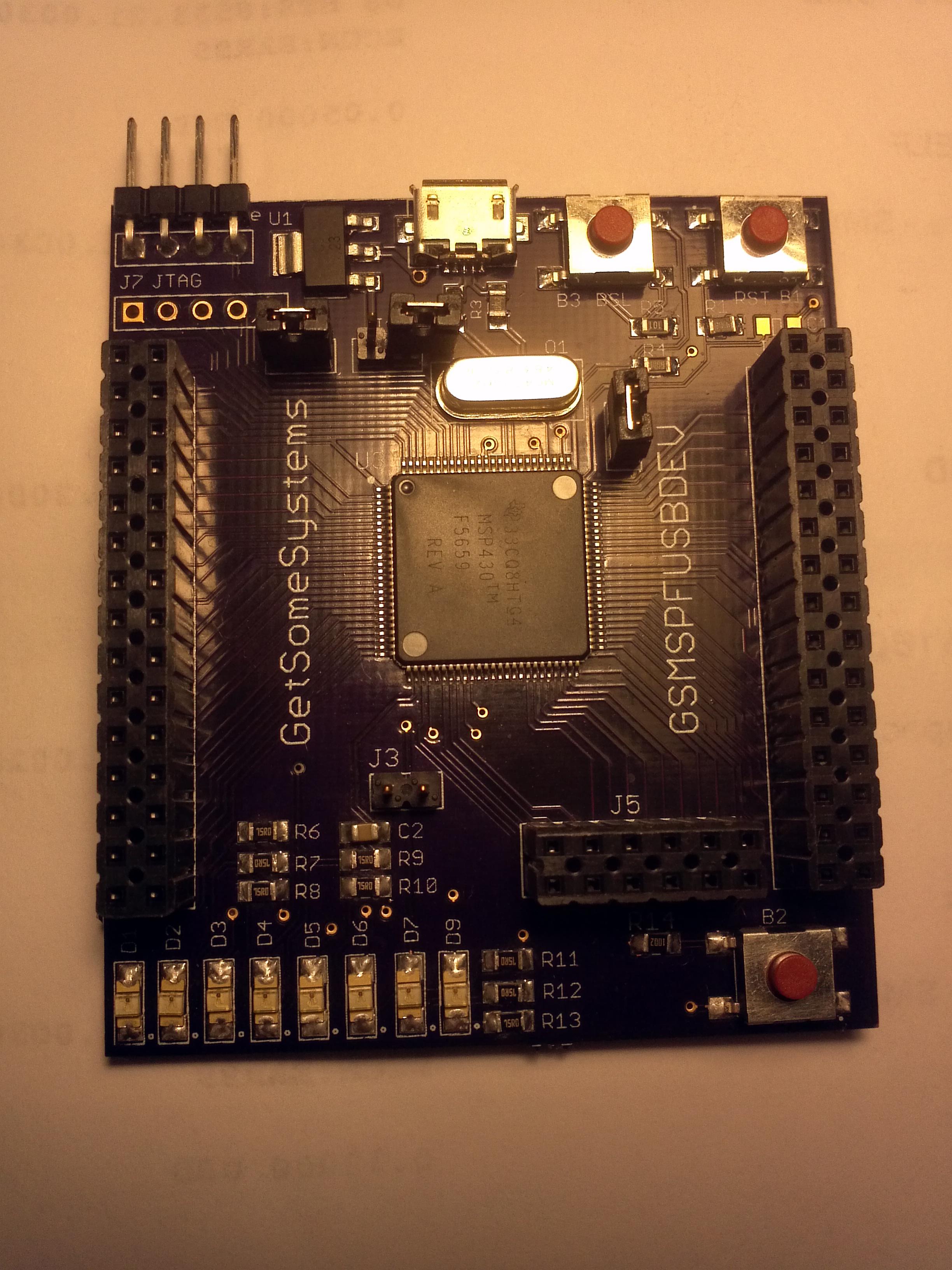 There are only a few modifications that need to be incorporated into the new Rev. 2’s and they will be good to go. The price point for these looks like it will be 70-80 bucks for 1 fully built unit. I hope to find some interest and have these up for sale pretty soon!